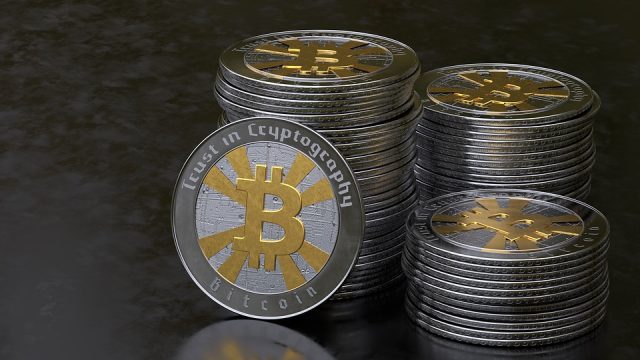 The future of bitcoin is a widely debated topic, particularly as the cryptocurrency is known for its volatility. Popular predictions range from the eventual crash of bitcoin in the near future to the currency being used throughout mainstream society. However, while everyone who is vaguely knowledgeable about the latest technology has an opinion, what’s really important is what the experts think. We’ve taken the time to round up some of the most commonly held opinions about the future of bitcoin from industry experts.

Some experts believe that the value of bitcoin will continue to soar in the future. Careful analysis of what exactly makes bitcoin valuable in the first place has shown that rarity and authenticity are the two main factors responsible for bitcoins success. Although it’s not produced physically, bitcoin is digitally scarce. It has gained value for the same reasons that gold is valuable; it’s hard to access and there are only a limited number of bitcoins in the world- a total of 21 million. Of these, just over 16.5 million bitcoins have already been mined. Bitcoin is also authentic, just like gold. It was the first cryptocurrency in existence which firmly ensures its authenticity and quality. As the first, and the largest, cryptocurrency it has the ability to continue growing in the future because of these two essential factors. Experts have predicted that bitcoin’s value could exceed $1 million in the future, meaning that even millionaires would be pressed to buy an entire coin.

One of the most common debates surrounding bitcoin is whether it has a place in mainstream society. So, do experts believe that bitcoin could be used for public transport or in restaurants and shops?  Well, it already has been implemented in some countries. Japan is taking steps towards including bitcoin payment in their BITPoint payment facility, which operates on public transport and in thousands of shops and restaurants. There are already a number of mainstream uses for bitcoin in Japan, including in popular retail stores such as Bic Camera.

However, experts agree that there are a few challenges to overcome before integration of bitcoin into mainstream society has can happen. At the moment, the current digital currency exchanges can’t handle large volumes of orders which means that the network would struggle under the pressure mainstream integration in cities would cause. There are also problems with regulation. Bitcoin is a decentralised currency, which means that it’s not controlled or managed by a central authority, but for it be used in mainstream society regulations are essential. Experts have emphasised that regulators are uncertain about how to approach issues such as tax, anti-money laundering laws and securities regulators. Some countries, such as South Korea and Japan, have already found ways to legalise bitcoin.

The CEO of CBOE Holdings, Edward Tilly, has stated: “People want exposure to bitcoin” and for this reason, large banks should continue to act as brokers for cryptocurrencies. Not all financial experts agree, the CEO of JPMorgan claiming that he is not happy with the bank acting as an agent for bitcoin buyers and sellers because the currency is “a fraud”.

Not everyone is in favour of the continued use of bitcoin in the future. Some experts have predicted that the currency will inevitably crash before long. Experts arguing against bitcoin’s longevity have suggested that because the currency’s history has been so volatile, it’s only a matter of time before another major hack or collapse sees the currency eradicated completed. Experts have suggested that optimism surrounding the technology will be responsible for its downfall, particularly as there are so few regulations in place. Most countries want to remain in control of their own currencies, to ensure financial stability and security. This means that widespread bans of cryptocurrencies could become the norm in the future which will have a serious impact on the value of bitcoin.

As with most controversial topics there are a range of different arguments to consider. Unsurprisingly the expert’s opinions are divided. Some argue that bitcoin has the potential to revolutionise the way we make payments and transactions. It could even be adopted into mainstream society, so that entire cities are using the currency to pay for products and services. There is a long way to go before the mainstream use of bitcoin is seen, including steps to measure and regulate the use of bitcoin to prevent illicit activity. The value of bitcoin could soar to new heights, or it could crash in the near future.